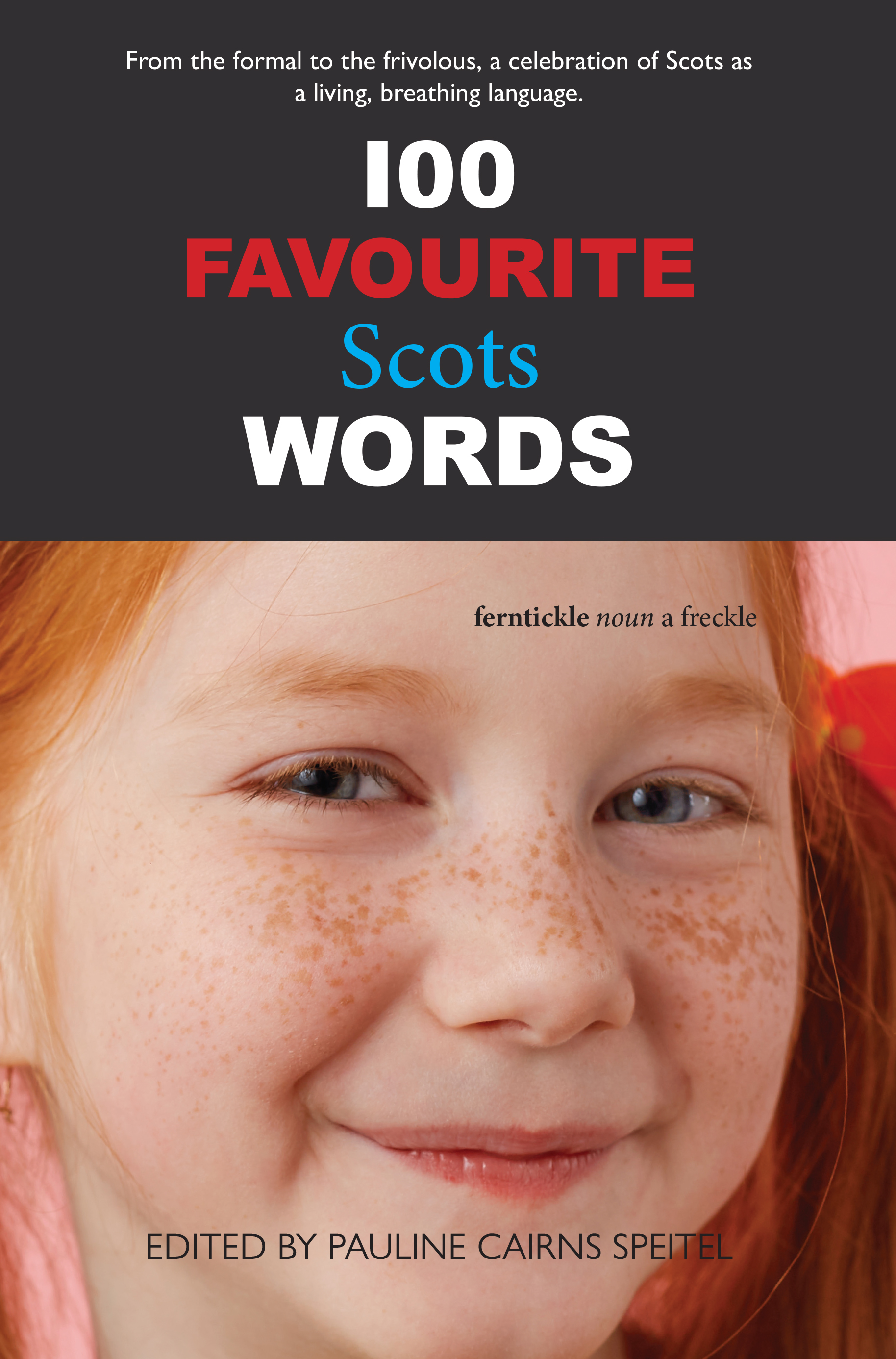 Since 2005, The Herald has been running their Scots Word of the Week column in conjunction with Dictionaries of the Scots Language. Over 700 words and more than a decade later, Pauline Cairns Speitel, our Senior Editor, pulled together a selection of these words in new book 100 Favourite Scots Words, published in 2019.

From recognisable words like baffies and collie-buckie to the lesser known dux (top pupil in the class), onding (a heavy fall of rain or snow) and scomfish (to stifle, disgust or sicken), the book has a wheen of Scots words taken from all across Scotland.

We are proud to present 100 Favourite Scots Words as an insight into the scope of Scots as a living, breathing entity with a great heritage and continuum in both past and present times. Pauline adds: “I hope too that it will go some way into dispelling the myths that sometimes surround Scots either as a dead language or even worse as ‘slang’.”

With an RRP of just £7.99, 100 Favourite Scots Words is available from Blackwell’s, Waterstones and Book Depository, from the publishers Luath Press, and from Amazon UK.   It can also be purchased from some independent bookshops including Toppings in Edinburgh (Blenheim Place) and Yeadons in Aberdeenshire.

Most online retailers will deliver overseas, although charges may vary. For overseas deliveries, Amazon.com is another option.