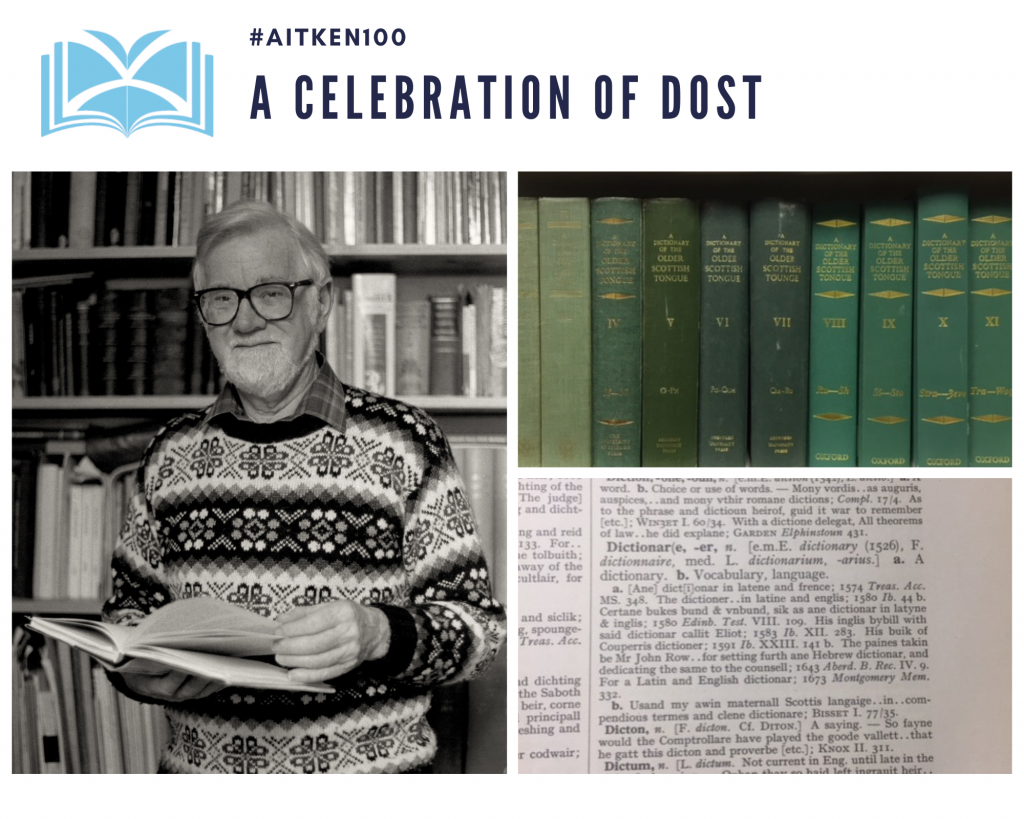 A Dictionary of the Older Scottish Tongue (‘DOST’, 1932–2002) is a unique record of the language, history, culture and traditions of the Scots-speaking people from their earliest records to the year 1700. Running to 8,100 pages, this national treasure incorporates some 50,000 entries and 581,000 illustrative quotations drawn from more than three centuries of language use.

Countless individuals contributed to the making of DOST during the 80 years of its compilation. This year marks the 100th anniversary of the birth of one of its most significant contributors: A.J. (Jack) Aitken (1921–1998), an outstanding figure in Scots language scholarship and editor of DOST from 1955 to 1986. In this year of Jack’s centennial we wish to acknowledge and thank afresh each of the editors, assistants, readers, excerptors, specialist advisers and others who generously donated their time, knowledge and other resources to the DOST project.

As a lasting tribute to DOST and all those involved in its making, we have commissioned five poems in celebration of Scots and its extensive history. The poems, written in a variety of local vernaculars, were published here on St Andrew’s Day 2021.

For more about the making of DOST

For more about Jack

For more about Scots