‘And dae ye really think they’ll be usin auld words,’
‘Like scunner and dreich and douce,’
‘And glaikit and dwam and fleg and stane,’
‘And cuddie and neb and hoose?’

And ma grannie thocht for a wee minute
And said

And Ah thocht for a wee minute
And said

Gregor Steele was born in Motherwell and grew up in Carluke. He is a highly acclaimed Scottish poet and prominent advocate for the celebration and better understanding of Scots language in Scotland’s schools. As a physicist and former teacher, Gregor also supports STEM education across Scotland.

Gregor’s poems can be found in Itchy-Coo’s collections, King o the Midden and Blethertoun Braes, and in the Scottish Poetry Library’s children’s anthology The Thing That Mattered Most.

His poems, including the much-loved ‘Mrs Nae Offence’ and ‘The pizzenous pet shop’, are hugely popular in classrooms across Scotland for their everyday language and immense humour. 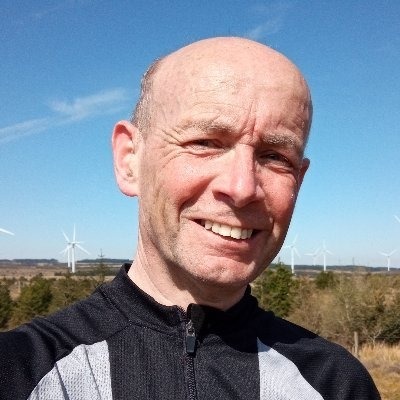